Why Career Changes During Divorce Can be Complicated - AACFL
TwitterLinkedinFacebook

Why Career Changes During Divorce Can be Complicated 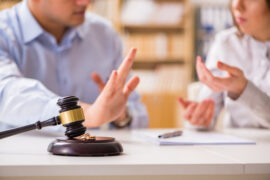 Generally speaking, career changes during a divorce make the entire divorce much more complicated. Because certain financial aspects of a separation are calculated based on spouses’ net worths and incomes, career changes can make these calculations much more complicated. They also have a tendency to cause disputes and confusion among spouses. This in turn can cause divorces to drag on for longer periods of time, making the process more expensive and difficult.

So, what is the solution? How do spouses limit the impact of career changes on their divorces? This depends on the unique situation of each spouse, as each divorce is different.

The simplest solution is to avoid career changes during a divorce. If a spouse has the opportunity to make a major change, they should probably wait until after their separation has been resolved before moving forward. It is better to make the divorce as straightforward as possible by keeping everything consistent.

If Career Changes are Unavoidable

With that said, spouses may be unable to avoid certain career changes prior to their divorce. The obvious example is being fired or losing income. This is actually more common than many realize, especially when you consider the emotional impact of a divorce. Workers can easily lose focus, make mistakes, or simply stop showing up to work while they are dealing with this life-changing experience.

Unfortunately, being fired for misconduct or substandard performance is not going to help with the divorce. Courts tend to hold spouses responsible for being fired, and they will view them as if they were still employed. In other words, the spouse will need to contribute child support and alimony based on their pre-termination employment. If a spouse can prove that they were fired based on circumstances beyond their control, the court will likely view them more favorably, allowing for the recalculation of financial obligations based on the newer, lower income level.

However, the terminated spouse bears the burden of proof when it comes to showing that their firing was not due to their own fault. It is worth mentioning that if a spouse was laid off through no fault of their own, they will likely receive a severance package. This severance package may be treated as income or a lump-sum asset depending on the separation date. If it is treated as a lump-sum asset, it may be viewed as separate property, and therefore it will not be subject to equitable distribution.

Bonuses, raises, and distributions can also complicate matters further. In this situation, the court may determine that this form of financial compensation was promised in exchange for work during the marriage, which would suggest that the bonuses are subject to equitable distribution as marital assets. This may be the case even if bonuses and other incentives are deferred until after the divorce. This is especially true if these kinds of bonuses were used to cover family expenses in the past, as this forms a historical precedent.

How Student Loans are Handled During DivorceDivorce Registries: A New Trend