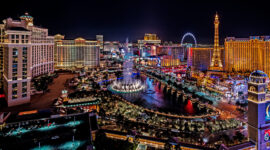 Most financial experts agree that if spouses are trying to protect their assets from the potential negative consequences of a divorce, one of the best decisions is to set up a trust. However, not all trusts are created equal. How a trust is drafted has an enormous impact on the level of protection it offers during a divorce. While the “fine print” can leave plenty of exploitable loopholes if a spouse isn’t careful, there’s also another consideration to keep in mind. Where you draft your trust might have an even more important impact on whether a trust is truly “divorce-proof.”

Nevada has emerged as one of the most popular places in the nation to draft a “divorce-proof” trust. Why is this? What kinds of unique laws and regulations make the Sagebrush State a Mecca for concerned spouses across the nation?

Nevada is considered by many to be a national leader when it comes to Domestic Asset Protection Trusts, also known simply as DAPTs. In fact, many believe that Nevada is the best state for anyone who wants to obtain this type of trust. So why is this?

A DAPT is a type of irrevocable trust, and 17 states across the nation have unique statutes that govern these trusts. DAPTs are fairly unique because the grantor is a discretionary beneficiary. Self-Settled Spendthrift trusts also fall into the same general category, and their purpose is to protect one’s assets from potential creditors during their lifetime.

Why is Nevada the Best State for DAPTs?

Nevada is considered the best state for DAPTs because it does not recognize “exception creditors.” Under normal circumstances, a DAPT would protect a trust from creditors. But how exactly is a creditor defined? This varies from state to state. Some states are of the opinion that former spouses who want to receive child support payments and alimony are not creditors. These states designate former spouses as “exception creditors,” which means they do not have to follow the normal rules for creditors. Suddenly, the DAPT does not seem as divorce-proof as you thought.

On the other hand, Nevada puts these spouses in the same category as any other creditor. They are not exempt from the provisions set forth by a DAPT. This means that child support and alimony are considered “debts,” and a spouse will not be able to access a trust for the purpose of paying these “debts.”

A DAPT goes into effect after a certain amount of time, and this period depends on the state in which the trust was drafted. In Nevada, the statute of limitations is two years. However, this is slightly misleading because the trust assets are actually protected starting on the same day it was drafted. The only limitation is that a person “may not bring an action” until after two years have passed.

Concerns About Setting Up a DAPT in Another State

Is it safe to set up a DAPT in another state, such as Nevada? While there are some risks involved, most spouses agree that the potential benefits outweigh any danger. It may be necessary to designate a Nevada trustee – someone who lives in Nevada, or a bank or trust company that is actually located in Nevada.

How Much Does it Really Cost to Get Divorced? Dealing With Offshore Accounts During a Divorce