When Emotions Cause Financial Problems for Divorcing Spouses - AACFL
TwitterLinkedinFacebook

When Emotions Cause Financial Problems for Divorcing Spouses 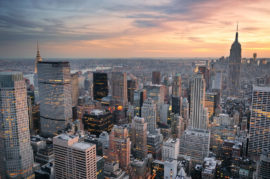 In an ideal world, spouses would handle their financial issues during divorce in a calm, measured, and logical manner. Unfortunately, an ending marriage can cause individuals to act in strange and illogical ways. Often, these emotional issues can cause spouses to make decisions that are detrimental to their overall financial well-being. If love can cause people to do crazy things, divorce can cause people to do downright psychotic things.

Here are a few examples:

If you have ever owned a pet, you know that these furry friends are valued members of the family. But are they really worth a protracted legal battle? In one case, two spouses spent tens of thousands of dollars fighting over who would retain custody of their dog. The legal battle continued until finally a judge was forced to create a joint ownership agreement for the spouses. The entire process took months.

Another very emotional spouse made the decision to convert the family’s entire life savings into gold before throwing it all into a dumpster and walking away. He did this out of pure spite. This individual did not want his spouse to get a cent from the divorce, and he was content with losing all of his own wealth, just as long as he was able to witness his wife walking away with nothing.

Couple Goes to Court Over $30 in Coupons

One case in Canada saw two couples go to court over $34.84 in coupons. For whatever reason, these spouses could not decide who should get the coupons, and they spent hours paying a lawyer to help them resolve this situation. In the end, the lawyer made the obvious move of simply dividing the coupons in half. It seems unthinkable that these spouses were unable to think of this solution themselves, and it may have been simply a reason to start an argument and vent their frustrations at each other.

In a high-profile divorce case, a man enlisted the help of his son to hide assets from his spouse during a divorce. This was an incredibly wealthy family with billions of pounds in assets, but the wife only received about 5 million pounds out of the approximately 450 million pounds she was awarded by a judge. This was because the husband’s son was being sent vast sums of money in an effort to conceal these sums. In addition, the husband transferred a 340-million-pound superyacht to a trust in Liechtenstein in an effort to conceal this asset. The son later testified that his father “would rather see his money burnt” than give it to his wife.

The Problem With Taking an Adversarial Approach

While strong emotions may overpower a spouse’s decision-making ability, these feelings eventually fade away with time. When the heat of the moment has passed, these spouses realize that they have made incredibly illogical decisions, simply to “score points” against their former spouse.