Is a Quitclaim Deed Agreement for a Marital Home Enforceable? - AACFL
TwitterLinkedinFacebook

Is a Quitclaim Deed Agreement for a Marital Home Enforceable? 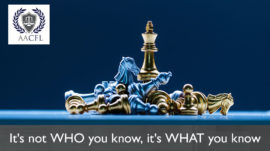 As you discovered in the CFL course, financial matters in divorce aren’t always about who you know – they’re often more about what you know.

Like in the recent Florida appeals court ruling over Rios v. Quiala, contracts signed during a marriage, especially in regard to property, can be subject to enforcement under a divorce settlement. In this case, a husband’s ploy to get more cash through entering into a quitclaim deed with his wife may have cost him in the end. Was the contract enforceable?

In 2004, ten years before he ended up filing for divorce, Jesus A. Rios signed and delivered a quitclaim deed to his wife, Maribel. He received $80,000 in consideration for his right, title, and interest in their home, including his equitable rights and future profits. They executed a quitclaim deed together with a written agreement. Jesus “cashed-out” his interest in the marital home because he wanted to use the money for his own purposes, such as investing in the stock market.

While he sought equitable distribution and part of the interest in the home under the divorce in 2014, Jesus asserted the residence was still marital property. Maribel contended the contract removed any claims Jesus had to the property, and she was the sole owner and entitled to unequal equitable distribution. Maribel filed a motion for partial summary judgment and an amended affidavit.

Jesus countered with a motion for partial summary judgment and an amended affidavit wherein he acknowledged signing the quitclaim deed and receiving $80,000 in exchange for his interest in the home. After considering the evidence in the record and conducting a hearing on the partial summary judgment motion, the trial court ruled the transaction was a clear and unambiguous enforceable contract.

The court found no genuine issues of material fact regarding any of the following:

The trial court granted Maribel’s motion and entered a final judgment of divorce. It also included its summary judgment order transferring all of Jesus’s interest in the home to Maribel. Jesus appealed.

The State of Florida Third District Court of Appeal Decision

The appellate court affirmed the trial court’s decision. In its review, the appeals court concluded that Jesus failed to establish any “genuine issues of material fact regarding the contract.” The record showed that the trial court had “appropriately evaluated the evidence in light of applicable contract law.”

In its reasoning, the appeals court cited Florida law, which dictates that when the same parties execute two or more documents concerning the same transaction or subject matter, they’re generally considered as one. And, when contracts are “clear and unambiguous” they should be understood as written; the court can’t assign them another meaning or substitute their judgment in place of the parties’ to relieve one from a careless bargain.

Though Jesus had argued that the trial court record lacked “competent, substantial evidence” to support its findings, he didn’t include a transcript for the appeals court’s review.

“Without a record of the trial proceedings, [we] can not properly resolve the underlying factual issues so as to conclude that the trial court’s judgment is not supported by the evidence . . . .”

It takes a lot of knowledge and care to sift through the details of contracts in divorce cases. That’s why your career success doesn’t always come down to who you know, it’s more about what you know. Learn more about the CFL course in our free information packet today.