Interpreting a Release in a Marital Settlement Agreement Correctly 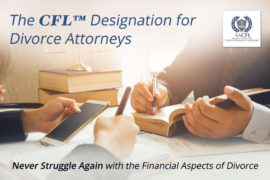 Our CFL course explores the finer points of marital settlement agreements (MSAs). If you haven’t drafted them carefully, potential misunderstandings may lead to courtroom showdowns, like in the recent Florida appeals case of Forest v. Estate of Kohl. The proceedings centered on an interpretation of a release in the MSA and the former wife’s attempt to enforce it

The Facts of the Case

In acceptance of the former husband’s receipt of $60,000 from the ex-wife’s counsel, the divorcing spouses entered into a settlement that included a mutual release and “hold harmless” agreement. It stated that the former husband wouldn’t pursue any “motions, orders, petitions, complaints, or any other relief” in matters pending in the local circuit court against the former wife and her counsel.

During the hearing on the motion, the judge asked the former wife’s counsel about a line near the bottom of the first paragraph of the MSA. It covered post-judgment fees and sanction awards and whether the agreement limits the application of the release.

The counsel responded, “[T]here’s one, two, three, four other paragraphs where it expressly states that it’s way broader than just the sanctions awards throughout.”

Unconvinced, the circuit court decided that the release is clear and retains the former husband’s right to proceed with collecting money after a judgment. The court thus denied the ex-wife’s enforcement motion, which led to her appeal.

The appeals court noted that the former wife argued that the circuit court erred in reading the sentence about “sought fee and sanction awards” on its own, rather than considering the entire agreement. It provided that “in exchange for the former wife’s payment of a fixed sum,” the ex-husband agreed to release and hold the former wife and her counsel harmless from “all claims which the former husband raised or could have raised” in the case, including the final judgment and any post-judgment proceedings.

The court believed that “the plain meaning of the other three paragraphs unambiguously indicate that the settlement agreement’s scope was intended to resolve all claims…the phrase upon which the circuit court relied was intended to simply describe the cases.”

Applying de novo review, the appeals court agreed with the former wife’s argument, citing Dufour v. Damiani (“[A]s with any contract, a marital settlement agreement is construed as a matter of law. As such, this court is on equal footing with the trial court as interpreter of the written document. Therefore, if a trial court’s ruling is based on the interpretation of a settlement agreement, then it is a decision of law reviewable de novo.”) (citations and internal quotation marks omitted).

The appellate court found that the circuit court’s overlooking of three paragraphs was in error, per Goff v. Kenney-Goff (“In interpreting a contract, it must be assumed that each clause has some purpose and the court should interpret the contract in such a way as to give effect to every provision, unless such an interpretation distorts the plain meaning of the agreement.”) (citation and internal quotation marks omitted).

It also decided the agreement ended all matters pending in the local circuit courts and precludes “forever any further or additional matters or claims against [the former wife’s counsel] or [the former wife].’ To rule otherwise would be to improperly rewrite terms that are clear and unambiguous.” (Feliciano v. Munoz-Feliciano, Godwin v. Godwin) (citation and internal quotation marks omitted)

Based on that reasoning, the appeals court reversed the circuit court’s order and remanded, granting the motion and closing the case.

Understand the complex financial details of marital settlement agreements with the knowledge you gain in our Certified Financial Litigators (CFL) course. Get the education you need to expand your legal skillset and grow your practice when it’s most convenient for you. Find out more in our free information packet today.

And we invite you to attend our FREE upcoming webinar with industry experts who will dive into today’s unpredictable economy and the critical impact it has on business valuations in divorce cases:

The Impact of Today’s Uncertain Economy on Business Valuations

The Impact of Today’s Uncertain Economy on Business ValuationsFinancial Literacy: Dividing Collectibles in a “Gray” Divorce