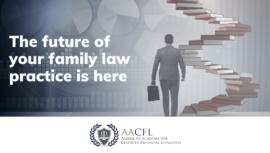 As the term “irrevocable” implies, generally, the creator or grantor of such a trust lacks the power to withdraw or change it after it has been established. Is it possible to change an irrevocable trust when a divorcing spouse has been named a beneficiary? And could there be potential tax consequences as a result? Let’s look at what can happen.

Trust Creation: Before or After Marriage?

Read the terms of the trust carefully. Also, keep in mind the type of irrevocable trust you’re dealing with. Assets added to a trust before a marriage may be shielded from a divorce claim, depending on the terms and state laws. Without a prenuptial agreement, if the trust was created during the marriage, in most states, the assets are subject to division unless you can prove the trust was created with the intent of keeping them separate. Proving that can be difficult, particularly if the parties commingled assets during the marriage, such as funding the trust with money from a  joint bank account. Gifts and inheritances are typically protected from equitable distribution, but that’s not so in every jurisdiction.

When a divorcing spouse has been named a beneficiary in an irrevocable trust, there may be ways to change it. One spouse may have more rights and powers than the other spouse and there may be limits on who can access the trust. If the terms of the trust don’t allow for any updates, state law may provide some guidelines.

Your options for altering an irrevocable trust include creating a new one, changing the terms, or dividing the assets.

Decanting – The word “decant” means “to pour.” Much like pouring wine into another bottle, you may be able to transfer the assets from the trust into a new one with different terms. In a divorce, a trustee can use the new trust to limit or remove a beneficiary’s interest. Nearly half of the 50 states provide legal authority for decanting. Trusts with decanting provisions, including those that give a donor the right to decant, can provide more flexibility. Generally, the more discretion over the distribution of trust assets a grantor has, the more likely they will be able to decant a trust. However, in some states, a donor who is also a beneficiary of the trust might not have the right to decant, and must notify the other beneficiaries before doing so. In states without trust decanting laws, the decision on how to handle the trust and whether it contains marital assets may be up to a court.

Terminating the trust or changing the terms – In some states, if all of the beneficiaries agree, they can modify the terms of an irrevocable trust or even terminate it. In other jurisdictions, the appointed trustee can change the trust without the approval of the beneficiaries due to changed circumstances. Depending on state law, it might be necessary to petition the court to make changes and provide proof, and the trust assets themselves might not end up being part of the final divorce judgment.

Dividing trust assets – In some jurisdictions, state courts can decide whether an irrevocable trust can be allocated. If your state laws allow it, when the assets in the trust are considered part of the marriage, in the settlement agreement, you may split the trust along property ownership lines. Another option may be to balance community property in the trust against marital assets not included in the trust in equal shares.

Consider the effect taxes can have on the trust when you alter it. Though an irrevocable trust offers the creator some tax advantages and protects assets from creditors, in changing the terms, you may cause gift, income, estate, or generation-skipping transfer (GST) tax consequences. For example, changing the status of the grantor could affect a trust that qualified for the marital deduction. If possible and appropriate, state and federal tax implications should be factored into the divorce settlement negotiations or presented as evidence to a court. When you draft a settlement agreement, you may consider a clause for reimbursement or another way to equalize the distribution to cover any taxes the grantor spouse must pay.

An option to get around the grantor trust designation, outside of those offered above, could be a Section 675 swap or substitution of power. Another alternative may be to create a new tax-free non-grantor trust after the divorce pursuant to a written marital settlement agreement under IRS Subchapter J rules. It would prevent the grantor from being taxed and the recipient would pay taxes on the income.

These are some issues to consider when you seek to change an irrevocable trust subject to a divorce. It’s not always easy to alter them, but in some cases, it’s possible, and per your state laws, you may have some flexibility.

Develop a strong financial skill-set to boost your career. Find out more about our Certified Financial Litigators (CFL) course in our free information packet today.