Divorce and the Housing Market Boom 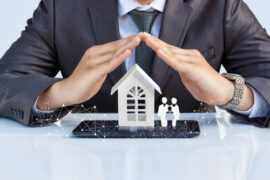 If spouses are lucky enough to own property in this era of massively inflated prices, it becomes a major focus in a divorce. Each spouse will have a vested interest in draining as much value out of this property as possible. In fact, a family home represents the most valuable asset in the family estate for almost all divorcing couples. Aside from perhaps the custody of children, there are few things divorcing spouses want more than their fair share of the family home.

If the home was acquired during the marriage with marital assets, then this division of property is relatively straightforward. Depending on the state, it is either divided based on a system of equitable distribution or community property. But what happens if the home was acquired prior to the marriage? What happens if this home has inflated tremendously in value during the marriage? What happens if a spouse purchases a home with separate assets? These situations can lead to a tremendous amount of confusion to say the least.

Housing Statistics in the United States

In April of 2022, it was revealed that the average price for a home in the United States was $424,000. This represents a year-over-year increase of over 15%. Of course, things are much more turbulent in certain cities. For example, Naples, Florida saw a year-over-year value increase of 45.2%, while Frisco, Texas saw an increase of 40.4%. The number of houses for sale is also steadily decreasing with each passing year, with about 1.35 million properties on the market. This represents a year-over-year increase of over 9%. While these statistics can be discouraging for new home buyers, things are much worse in Canada, where the average price for a home is well over $780,000 CAD.

How is Increased Value Handled in a Divorce?

Of course, for spouses who already own property, this inflation is actually a good thing. Their homes rapidly increase in value, making families much wealthier – at least on paper. Even if these spouses divorce, they can still walk away with a fair chunk of cash after selling their properties and splitting the proceeds.

An increase in a home’s value can also cause a range of confusing issues – particularly if the home itself is considered separate property. This is of course when a spouse owns the property before the marriage contract is signed. Although these spouses might assume that they will walk away with the full value of the home, this isn’t always the case. If the increased value is seen as “active appreciation,” it could be considered marital property.

However, aside from vague guidelines, there are no clear laws when it comes to distinguishing between “active” and passive appreciation. This means that it is vital for spouses to work with qualified attorneys and financial experts – especially if they are asserting that this increase in value is immune from distribution, as the burden of proof falls on their shoulders.